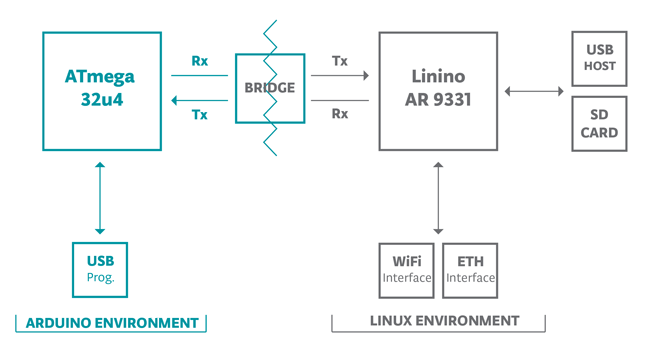 The two environments are connected through a bridge that allows the two systems to talk to each other. This means that the Arduino can fetch or send data from/to the Yun or vise versa. It is also possible for the two to invoke commands on one another.